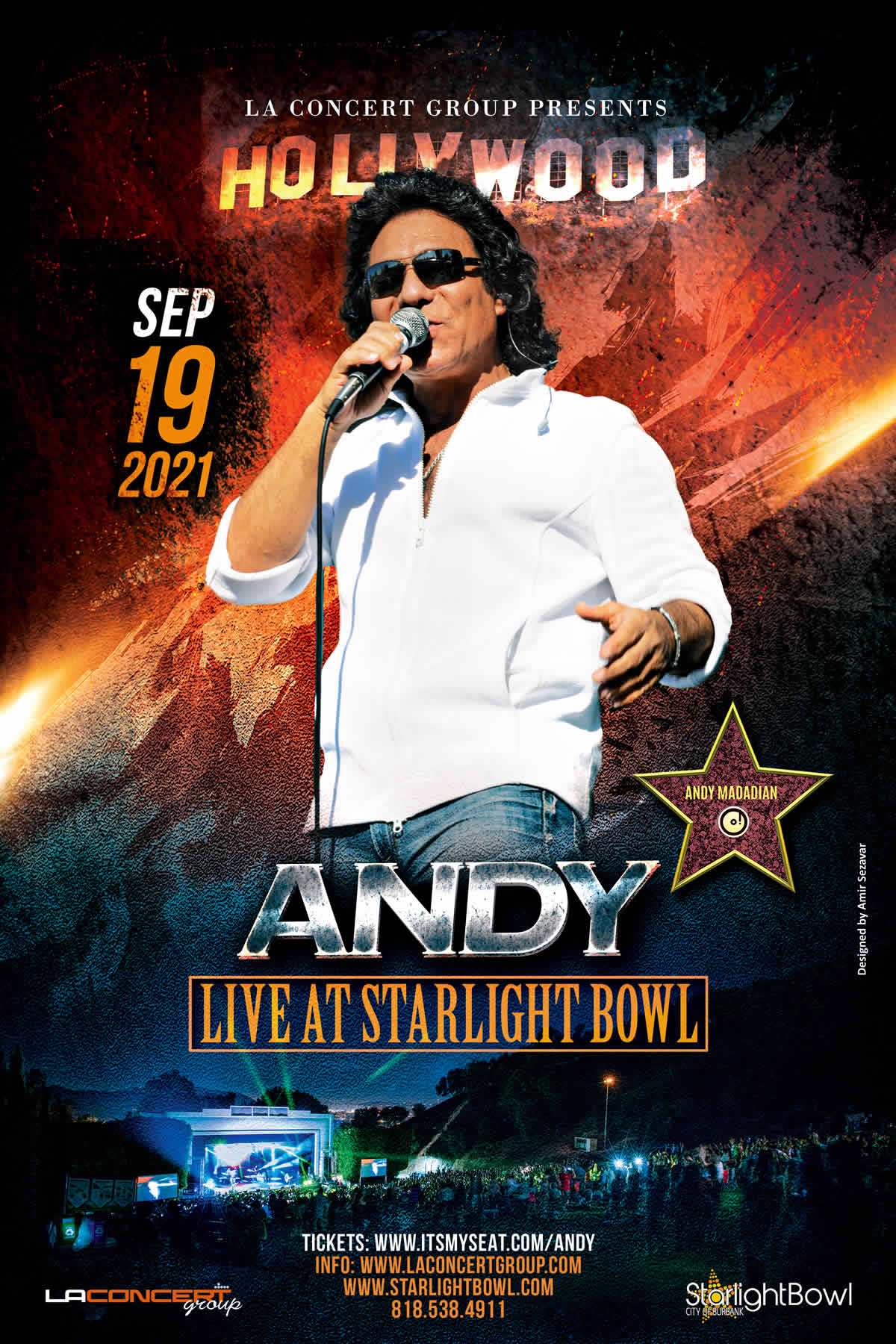 Join us on June 19th 2021 for an evening of high energy upbeat entertainment by Hollywood Walk of Famer Andy Madadian and his Full Band to celebrate his greatest achievement under the stars ,at Starlight Bowl ,City of Burbank!

Andranik Madadian, better known by his stage name, Andy, is an Iranian-Armenian-American singer-songwriter and actor. Andy has released 14 albums and his duets with Jon Bon Jovi and La Toya Jackson have millions of views on YouTube/andymusictv . On January 17, 2020, Madadian was awarded the 2684th star on the Hollywood Walk of Fame, becoming the first Iranian-Armenian-American to receive the honor.

Patrons are welcome to bring outside food and soft drinks. Alcohol and additional food available on site. Group and child ticket discounts available. So get your friend, and come on out for an evening of great music, dancing and celebration!