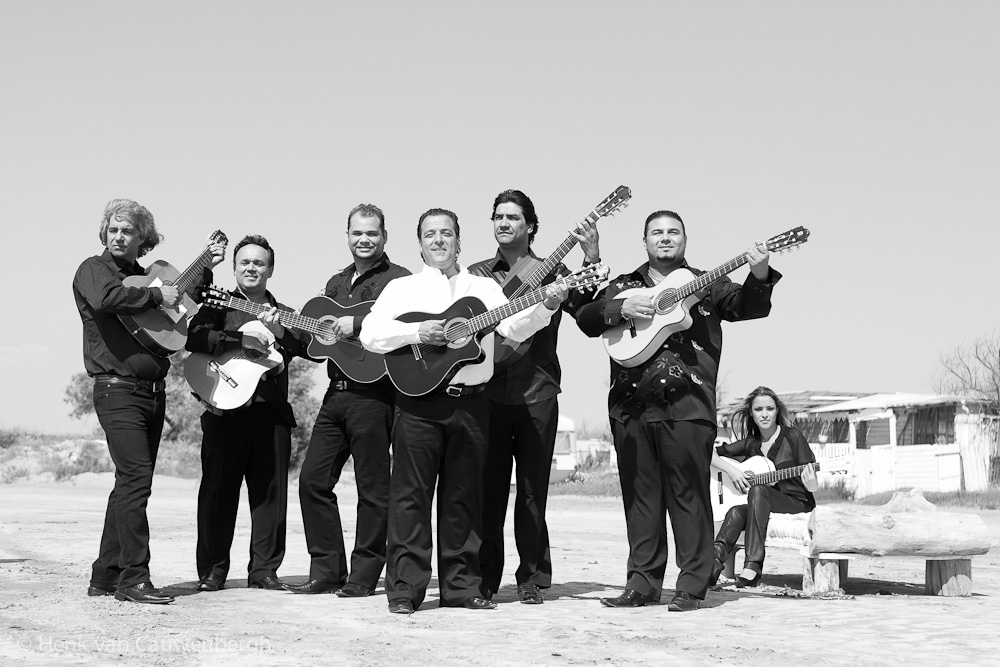 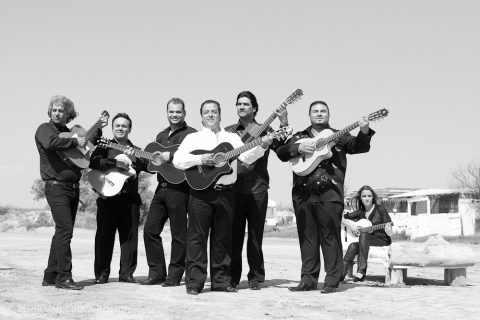 Chico (Founder of Gipsy Kings) & the Gypsies to make their USA Debut Concert in Burbank Starlight Bowl Amphitheatre on Saturday June 25, 2016.Burbank, California March 2, 2016 – In June, Los Angeles will be host to a historic event: the Los Angeles & USA debut of one of the most famous rumba flamenco groups of all time – Chico and the Gypsies. This evening of Rumba Flamenca will be taking place at the Starlight Bowl Amphitheater in Burbank.

The founder and namesake of Chico and the Gypsies – Chico Bouchikhi – has been creating music for most of his life. Growing up in France, Chico was raised playing the guitar, and much of his music is influenced by his time spent within the local gypsy culture during his youth. As a child, Chico spend a large portion of his time with the family of Jose Reyes – one of the most famous gypsy guitarists of the time. Together, Chico and several members of the Reyes family formed The Gypsy Kings (initially called Los Reyes). The group traveled around Europe, performing for the rich, famous, and even royal. They gained an international following of dedicated fans, and became for the French group to go platinum in the US. In the late 1980’s, due to internal disagreements, Chico left the group. In the 1990’s, however, he formed Chico and the Gypsies. The group has since released several massively successful albums, and has become the top name in flamenco music.

While the group members have changed, Chico’s talent for creating stunning music remains constant. It is true that his music is rooted in flamenco, but the group takes influence from a myriad of genres. Their diversity of influence is what allows them to create a sound that is distinctly their own.

Another constant for Chico is the love of his audience. The group consists of eight members and their individual guitars, playing together to create the intricate and intoxicating music that has captivated audiences for years. The group has united audiences across culture, class, and creed in appreciation for their music. The band’s love and joy in playing is infectious, and always provides for an unforgettable audience experience. Songs such as Allegria, Bamboleo, Djobi Djora, Ben Ben Maria, La Bohemia (Aznavour), My Way (Sinatra), Hotel California (Eagles), Don’t Let Me Be Misunderstood (The Animals), 1, 2, 3, … Maria (Ricky Martin), Ya Rayah, and many more, have proved to be favorites, both recorded and in live performance.

What better venue for this highly anticipated performance than the Starlight Bowl? The venue provides a feeling of intimacy while in a spacious, open-air environment. The ability to bring your own food, and the availability of beverages on premises, assures a relaxed, fun evening under the stars in Los Angeles’ beautiful weather. Combine this with the electricity of Chico and the Gypsies’ live performance, and June 25th is sure to be a magical evening no music lover should miss.  Opening entertainment will be provided by Vahagni flamenco ensemble.

Event is rain or shine, and be sure to bring picnic baskets with food/water/soft drinks! Concessions including wine & beer will be provided by BJ’s restaurant at the Bowl. 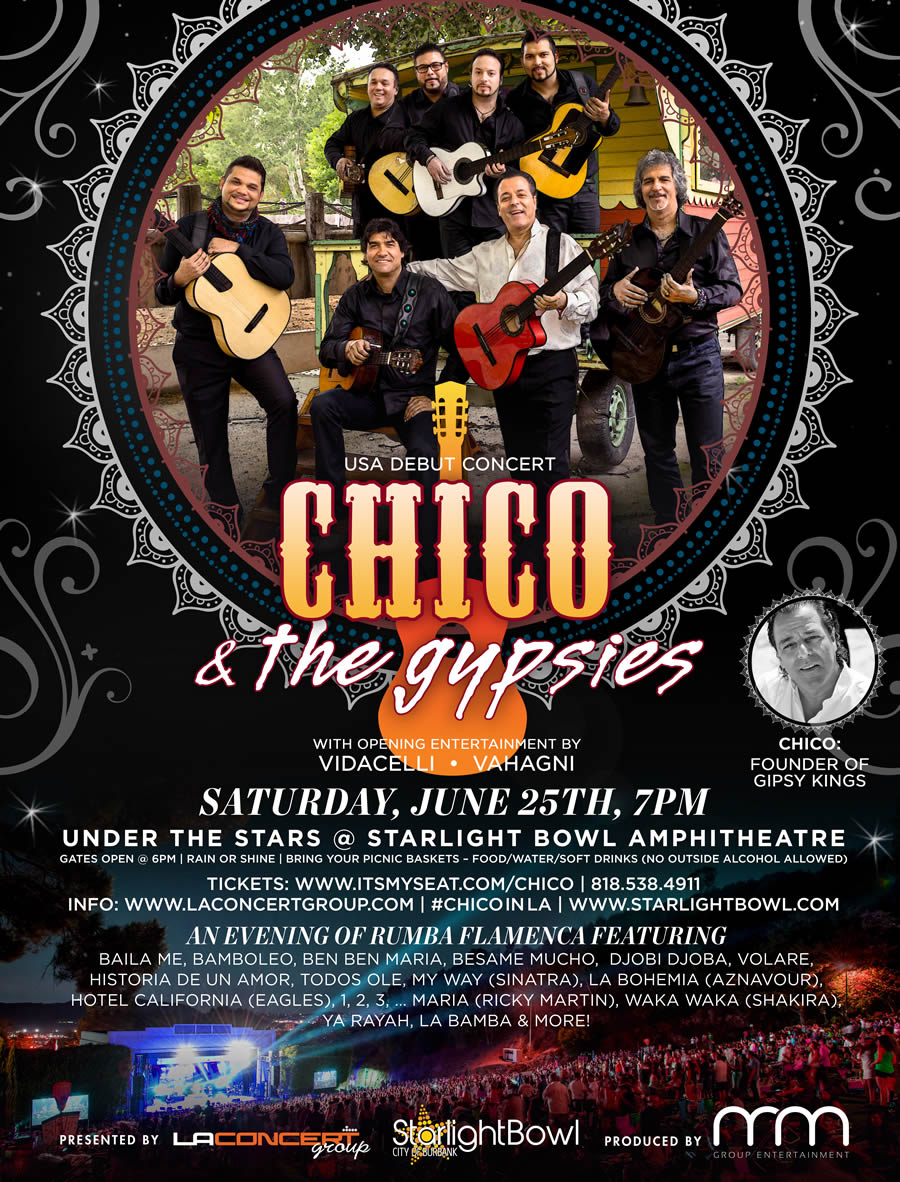 One thought on “Chico and the Gypsies Concert Press Release”