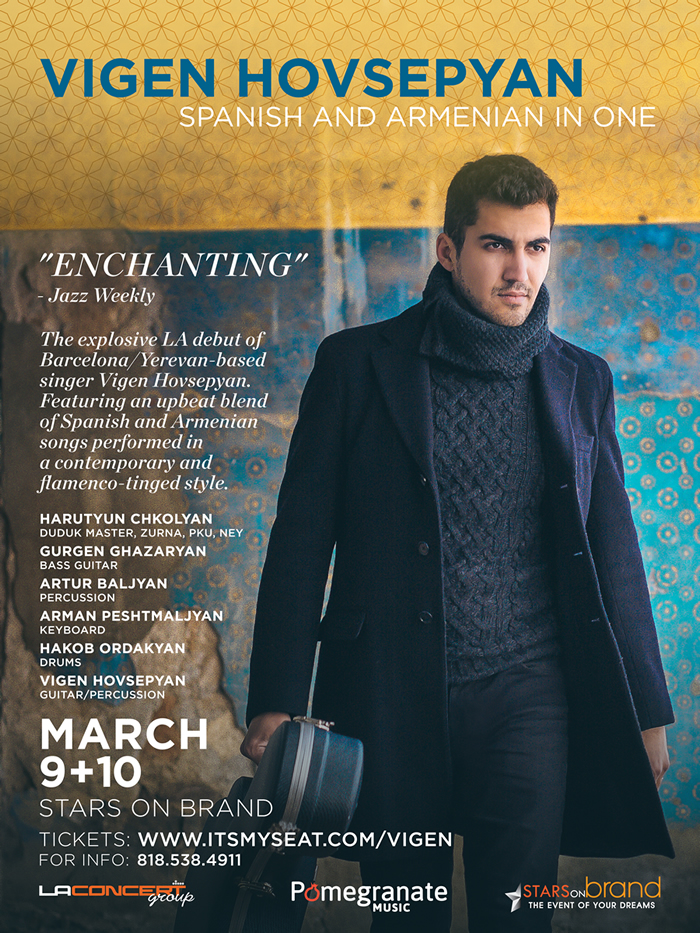 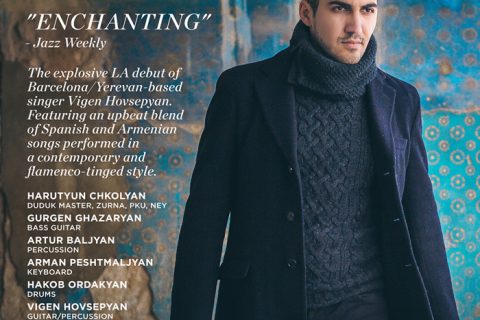 Join us for The explosive LA debut of Barcelona/Yerevan-based singer Vigen Hovsepyan. Featuring an upbeat blend of Spanish and Armenian songs performed in a contemporary and flamenco-tinged style.

Vigen Hovsepyan is a singer and multi-instrumentalist of Armenian descent. A self-taught musician, he performs on the guitar, duduk, darbuka, bendir, and cajón. Born in 1987, Hovsepyan grew up in the Erebuni district of Yerevan, Armenia. His interest in music was immediately sparked when he moved to Barcelona, Spain at the age of 14. By the age of 17, he was proficient in the above referenced instruments.